Smile! An astronaut may be taking a
picture of you from the ISS right now.

Mapping the Earth at night with your help.

Help the project while looking through beautiful pictures taken from space.

The first night color maps of the Earth

Interactive maps      The world at night

What is "Cities at night"?

Cities at Night is a citizen science project whose aim is to creat a Google maps style map of the world using night photographs taken by astronauts on the ISS. We are using color pictures with 10 times more resolution than it was available for the pulic so far. The project will classify and calibrate them for science research purposes. Help us!!!

You only need to be willing to see beautiful pictures.

Dark skies What do you see in the pictures? Is it a city, some stars, an aurora...?

Lost at Night Identify witch city you are seeing.

Night Cities Find recognizable points in both the picture and the classic Google map.

This project was born to provide callibrated images, the only ones that are useful for science research

We have reach some impressive results so far

Thanks to 17,000 volunteers we have already classified the first 130,000 pictures using the app Dark skies.

Check the results in a map with all of them.

Check the map with auroras, sunsets and airglow

And finally the map with cities.

With lost at night

Since 2003, astronauts have been taking photos from the International Space Station. Many of these images have been published on the websites of participating agencies or the Twitter accounts of the astronauts. However, most of the images taken by astronauts have not been published remaining, on archive without being shown to the world. We have added a section to this gallery dedicated to displaying more than a thousand examples of images of cities at night. However, there are still hundreds of thousands of images on file to discover. You can help.

Light pollution causes serious problems. Its effects can be measured from the inside of our bedroom to hundreds of kilometers away. The light destroys the essence of the evening darkness. Humans have an ancestral fear of the dark, but too much light produces very negative effects on the ecosystem and our health.

Satellite images help us measure and compare large illuminated areas. With the colors of the images taken by astronauts on the International Space Station, we can measure the efficiency of lighting in many cities on the planet.

Citizen science is a tool for scientific and educational research. While you help us classify thousands of unpublished images taken by astronauts, you can learn geography of the land at night. Humans are much more efficient than computers at recognizing patterns and, therefore, any citizen can make a significant contribution.

We need volunteers to help us sort the pictures and identify the locations of the images to create maps of light pollution. This will help governments and local authorities to make the right decisions to reduce light pollution.

Once nocturnal images are identified we need to know where are the located. With this application you can help us to know the City.

We have added a section to this gallery dedicated to displaying more than a thousand examples of images with cities we don't know.It is very easy, and you only have to click on the image and on the location on the map

This is the last step. One we know the city location, we need a georeferencing procces. This is a process of associating a physical map with spatial locations to the picture, where locations are represented using a coordinate reference system, in this case Longitude and Latitude. Due to the large number of images, we need your help. Some of these pictures are from unknown locations for us, and it is very difficult identify some features on the picture. We have added a section to this gallery dedicated to displaying more than a thousand examples of images of cities at night that have to be georeferenced.

Do you want to see what the astronauts see from the sky? Come with us and discover the night as never before.

You can explore with us the archive of the images taken from the ISS and also contribute to creating a map of the world at night in color. 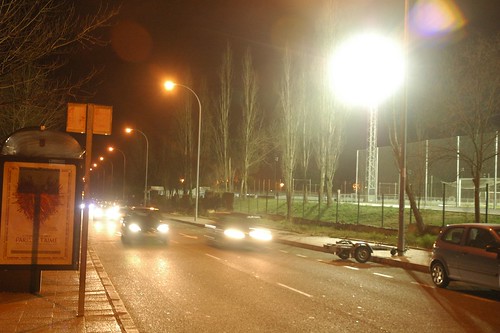 How can light pollution affect me? See for yourself.

In this picture you can see how light blinds us in many occasions. Exposure to light at night also affects sleep cycles and is related to some types of cancer.

Is there a solution? Yes!!

Technology currently exists to prevent the emission of light in undesirable places. Intelligent systems are also automatically regulating light depending on need. 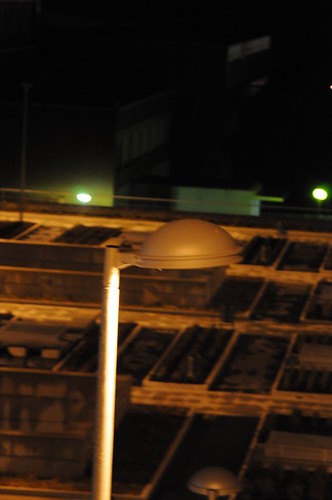 Gallery of cities at night

Note: Only images with CoordFLAG = 5 are reliable.

Add your own handmade classifications to be included on the database

Help us to locate cities

The first step is locate the city which appears in the picture. Here you can find where was the ISS at the moment when the picture was taken. Just click on any red dot and identify it http://crowdcrafting.org/app/LostAtNight

Help us to georeference cities

Click on any location you know and get access to our georeference application. Select some points on the ISS picture and the same points on the map. This information allow us to identify correctly all the features on the city. The original application at http://crowdcrafting.org/app/nightcitiesiss

Testing catalog made by Voluntiers of Cities at Night. Please, any error you can contribute on this Form. The original application at http://crowdcrafting.org/app/nightcitiesiss